FMC submitted to the Agencies soil sampling data taken the summer 2003 from the railroad property located immediately north of the FMC plant site. FMC purchased this property in 2002. FMC covered, re-graded and fenced the northwest section of this property in 2003.

Phase 1 of the North Railroad Interim Corrective Measure (ICM) was completed September 9, 2005. The project, which began in July, involved the removal and replacement of soils and sediment materials from FMC’s railroad property to the north of the plant site and the construction of a containment cap and a system to control the flow of surface water.

A special fabric and clay liner was installed to isolate any remaining subsurface contamination. Permanent erosion and sediment controls, along with storm water control structures, were included to control and direct surface water flow. Non-hazardous soil removed during the project was placed in FMC’s onsite Eastern Surface Impoundment (ESI). The affected areas of the ESI were then graded, capped with clean soil and re-vegetated.

Dust control measures, such as the watering of work and excavation areas pictured here, were used successfully throughout the project. Sensitive monitors that measured dust were moved many times daily to be close to work areas. Agency oversight officials were present for excavation activities. Air monitoring conducted at the boundary of the railroad property did not detect arsenic, lead and chlorinated pesticides. No safety issues were reported. Site security was provided during off-work hours by off-duty law enforcement officers.

Phase 1 work on FMC’s North Railroad Property to the north of the plant site is completed. The ICM project was conducted in cooperation with the government environmental regulatory Agencies. The work plan is available for review at FMC’s document repository at the Royalton Hartland Community Library.

Phase 2 of the project addresses the northwest section of FMC’s plant property, which is inside the plant fence. Work in this area will be conducted in the same manner. FMC will keep the community informed of this phase on this website and in the FMC Community Connection newsletter. 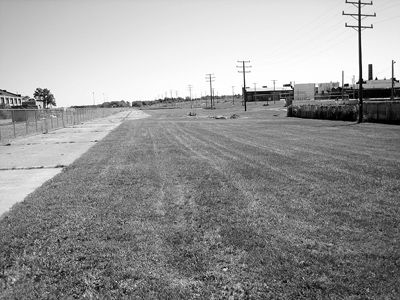 Click here to download the Fall 2005 FMC Community Connection newsletter cover story that summarizes the completion of the Phase 1 portion of the project.