The findings indicate that the levels of arsenic observed in this investigation are not expected to cause health problems. The final report, appendices to the report, and a summary brochure are available as PDF files:

What is the nature of arsenic and how is it used?

Everyone is exposed to small amounts of arsenic through the air we breathe, the water we drink, and the food we eat. Of these, food is usually the largest source of arsenic. Fish and seafood contain the greatest amounts of arsenic, but this arsenic is mostly in the organic form, the form least harmful. Young children are likely to eat small amounts of dust or dirt each day, which is another way they may be exposed to arsenic. The body absorbs arsenic in water more efficiently than arsenic in soil.

If you are exposed to arsenic, many factors determine whether you will be harmed. These factors include the dose (how much), the duration (how long), and the frequency (how often), the form of arsenic and how you come in contact with it. Other factors may include your age sex, diet, family traits, lifestyle, and state of health.

What was the biomonitoring study about?

Biomonitoring refers to testing a population for clinical measure of possible exposure to a particular substance, in this case arsenic. This study investigated whether residents of the Middleport community have been exposed to excess levels of arsenic from soil.

The study focused on levels of urinary speciated arsenic, a measure of exposure to inorganic arsenic from soil. Study investigators compared speciated arsenic levels in urine to arsenic levels in soil, house dust, and homegrown produce. Careful attention was given to other exposure factors such as diet, individual activities (such as playing in creeks), and other potential sources of arsenic.

Who participated in the study?

Young children less than age 7 were the primary focus of the study because of their greater potential for soil exposure. Seventy-seven young children or nearly half the available population in this age group within the study area participated (Figure 1). A total of 362 older children and adults also participated. 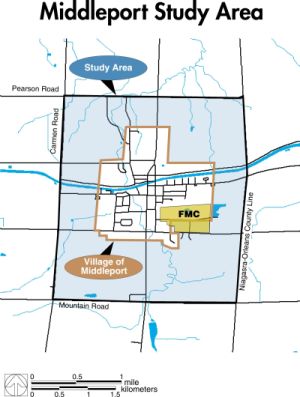 Why was this study conducted?

The community advisory panel (CAP) of Middleport asked FMC to conduct a biomonitoring study of the Middleport Community.

Who paid for the project?

FMC Corporation funded this study. Exponent, an independent contractor, conducted the study with outside review by a panel of health experts from universities, research institutes, and the Centers for Disease Control and Prevention (Figure 2).

What samples were collected?

Participants were asked to provide urine samples collected in the morning on two consecutive days. Toenail samples were collected and analyzed for arsenic only upon request. Professional field staff collected soil and interior house dust samples from participating residential properties that had owner consent. Homegrown produce was sampled at the request of homeowners.

Where were the samples analyzed?

Samples were shipped to federally accredited laboratories, including the CDC, where they were measured for arsenic levels.

What did the study find?

There is no clear evidence of elevated exposure from arsenic in soil for participants in this investigation. 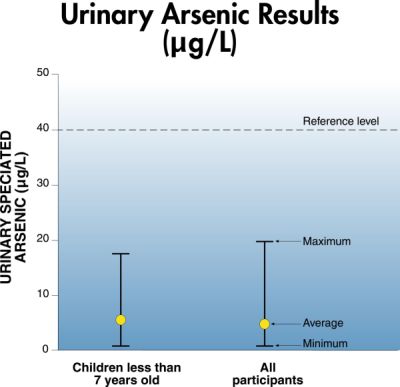 Figure 3. Urinary Speciated Arsenic in Children Less Than 7 Years Old and in All Participants