Sensenich has been with FMC since 2015, having most recently served as operations manager at the Middleport plant and as FMC’s North America Technical Center Manger – Formulations and Packaging.

“Throughout my career I have enjoyed working across different roles in quality, engineering, and operations management,” he said. “I am excited to continue as part of the FMC Middleport team and Middleport community as we look toward a future of continued safe operation and growth.”

A native of the Kansas City area in the Midwest, Sensenich and his wife and two sons have lived in Western New York for more than three years.

“My family and I love living in Western NY, participating in many of the local traditions and we even enjoy all aspects of the winter season,” he said. 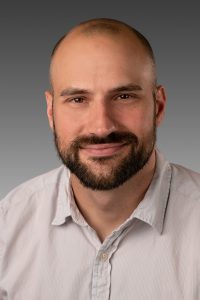