Click here to view the Community Update on 2022 Off-Site Remedial Activities in the Village of Middleport. 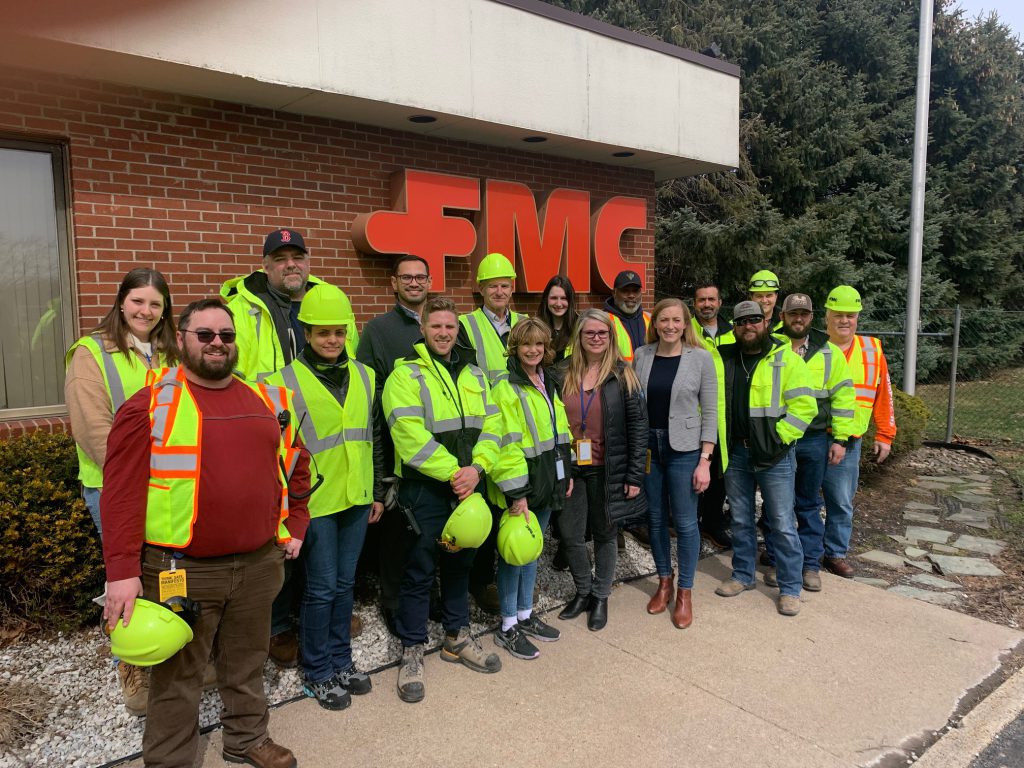 FMC celebrated its most recent new hires at the Middleport Plant and welcomed personnel from FMC sites in Brazil, Puerto Rico, Alabama, and Delaware who are supporting new hiring training, daily site operations, and sharing process improvements. To accommodate growing business, the plant has added 17 new positions over the past four months and filled […]

Katie Russell has been named manager of FMC’s Agricultural Sciences Plant in Middleport. The local Agricultural Sciences plant formulates and packages a number of key FMC product lines to protect over 100 crops in more than 75 countries worldwide. Russell joined FMC in 2017 as part of its Technical Center, which supports FMC’s global network […]

Employees from FMC’s Agricultural Sciences Plant in Middleport, working with Local 1180 of the International Association of Machinists and Aerospace Workers and plant management, put together a special holiday gift package for a Niagara County veteran and family this Christmas season. They worked with Jennifer O. D’Andrea, the president and founder of Support, Empower, Respect […] 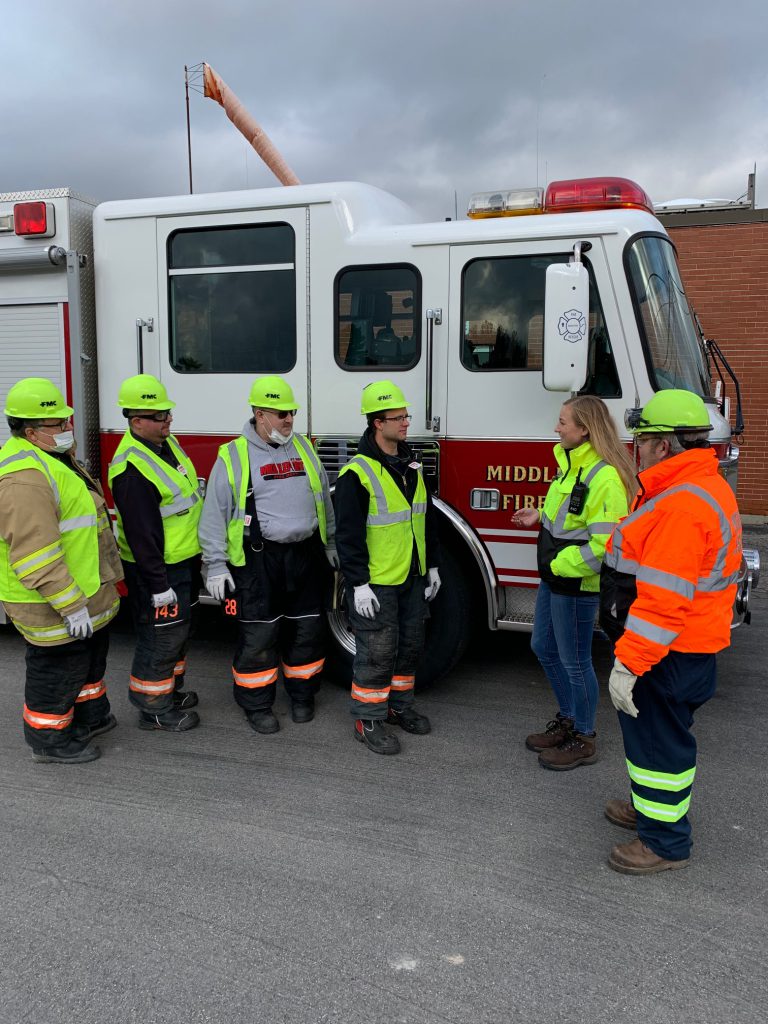 FMC Corporation’s Agricultural Sciences Plant in Middleport recently hosted Middleport Fire Department officials with a plant tour and an update on plant design changes, emergency response systems on site, and procedures to ensure a coordinated and timely response in the event of an emergency incident. “As part of our everyday effort to safeguard the safety […] 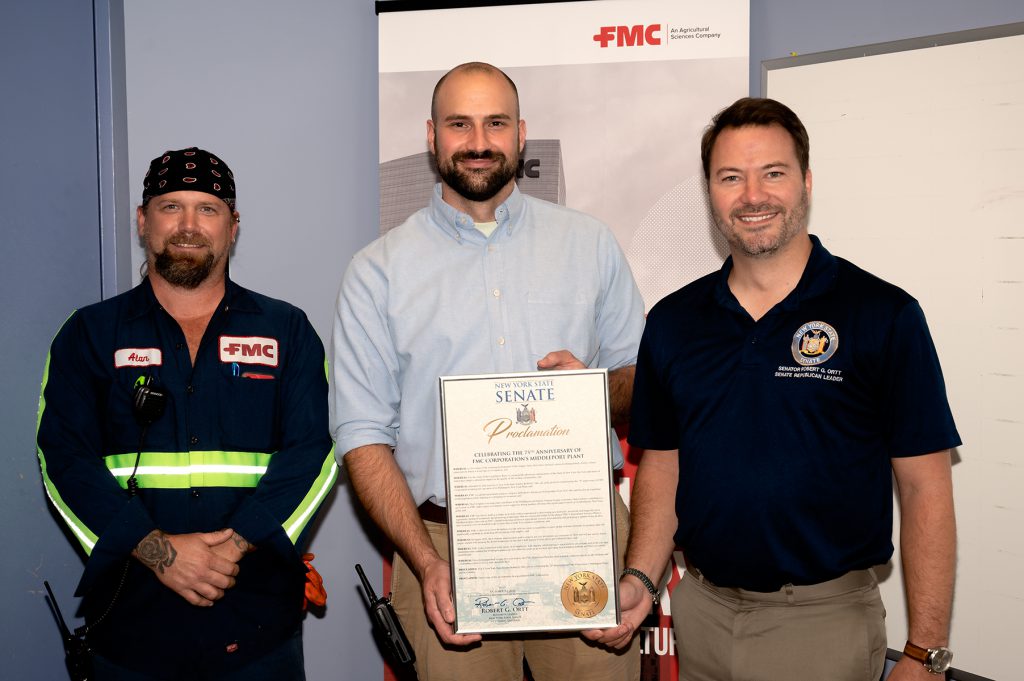 FMC Corporation (NYSE: FMC) has announced it is offering a $1,500 sign-on bonus as an extra incentive for individuals who are hired for seven employment positions currently open at its Agricultural Sciences Plant in Middleport. “In addition to the favorable salary and benefit packages we offer, FMC also wanted to provide another attractive incentive for […] 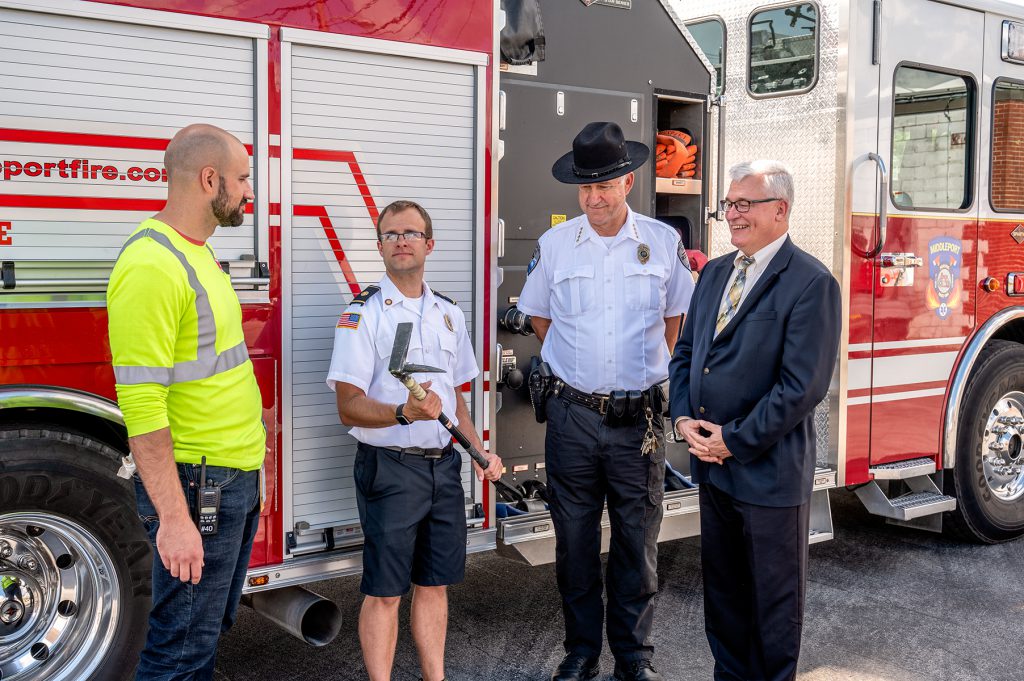